Home COMMUNITY NEWS Here are the funniest things that have come out of the election...

But every so often the humdrum is broken by something silly that shows us that politicians are people too, and very often make mistakes.

Here’s a roundup of some of the funniest things that have happened in the election in South West London so far.

It showed Dr Rosena canvassing a Tory supporter, with boards explaining her policies for the area, just like the movie’s iconic scene where Mark confesses his love to Juliet on her doorstep.

Just as Mark asks Juliet to pretend it’s carol singers, Dr Rosena asks the resident to pretend ‘the Tories’ are at the door, and plays a radio interview with Boris Johnson in the background.

She goes on to poke fun at the Prime Minister, Jacob Rees-Mogg, Nigel Farage and Donald Trump, calling them ‘muppets.’

The advert got a largely positive response, with many hailing it a “brilliant” campaign. But others thought it was a bit twee and “just as bad as the film was”.

The scandal of Lib Dems lying in their election literature should be urgently addressed and punished by the @ElectoralCommUK.

The Lib Dems are turning out to be Olympic Grade LIARS! pic.twitter.com/9pEGPOtrQ2

It was a bold move.

In the Lib Dem candidate for Putney’s campaign literature, Sue Wixley said she “led the campaign to ban landmines in South Africa, was awarded the Nobel Peace Prize”.

The strange sentence structure was no mistake, but it left many constituents confused that a candidate had won such a prestigious prize without anyone knowing anything about it.

Analysis by the website Guido Fawkes showed that in actual fact Sue co-founded a campaign in South Africa while working at Oxfam that was one of a number of national campaigns that made up The International Campaign to Ban Landmines.

Other national campaigns included those in Afghanistan, Cambodia and Kenya.

The International Campaign then jointly won the 1997 Nobel Peace Prize, which was split between the campaign and Jody Williams.

So it was a bit of a stretch. 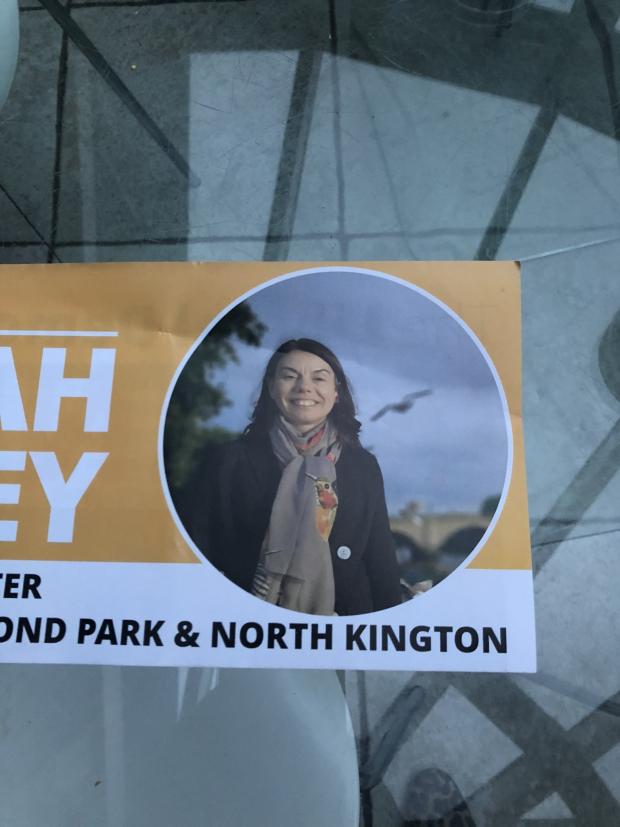 You can be forgiven for misspelling a particularly long and complicated name, but Kingston is relatively simple.

Yet the leaflets for Lib Dem candidate for Richmond Park and North Kingston managed to misspell Kingston incorrectly, not once but twice!

More #girlswhocanvass even in the drizzle in #teddington this afternoon @torycanvass. People on the doorstep worrying about a corbyn government… we can help! pic.twitter.com/cztC0mPix1

After Sir Vince Cable stepped down, many voters in Twickenham were unaware of the new Lib Dem candidate for the area, Munira Wilson.

So it was interesting to see Conservative candidate Isobel Grant use a bright orange colour on some of her campaign literature.

One leaflet focused on introducing her “as the civil engineer who could be Twickenham’s next MP”  but did not mention she was a Conservative on the front page.

This only cropped up in small print a few pages later.

In remain areas like Putney and Richmond Park, Brexit can be a dangerous issue for Conservative candidates because the party has committed to leave the European Union.

So why mention it all?

That seems to be the tactic of candidates Will Sweet (Putney) and Zac Goldsmith (Richmond Park and North Kingston), who didn’t mention the word once in their leaflets to voters, instead focussing on local issues such as opposition to Heathrow expansion.

Nearly 200 free laptops given to Richmond children without computer access

Richmond’s new mayor wants a greater focus on the environment